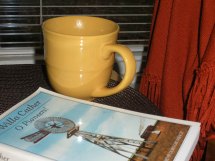 Family. Narrowly defined it’s two parents and their biological children; extended it includes grandparents, aunts, uncles, and cousins. Now the definition has become much more fluid. The parents could be two men or two women, might be married but could also be living together without the benefit of marriage. A parent might not be biological. A child could easily have more than two parents once you count in the step parents after divorce and remarriage. They could be foster parents or adoptive parents.

Family. Often we think of our pets as family. Many would argue pets are much more reliable, much more loyal, to us than our human family. Pets won’t fight over who gets grandma’s jewelry or the profits from the sale of great-auntie’s house. If a dog gets his feelings hurt all you have to do is smile at him and scratch behind his ears and all is forgiven. When you walk in the door after a hard day’s work, your cat will curl up in your lap and your dog will just about knock you over at the door with happiness. Neither one comes running to tattle on the other.

Family. It’s said our friends are the family we get to choose. In my book Mary Bishop, Mary is alone after the Civil War has decimated the home, the life, she once knew. Her daughter died shortly after birth, her son died at Gettysburg, and her husband later commits suicide. She reaches out to an old friend, Sarah, from her life back in Virginia. She doesn’t know if Sarah is alive or dead, but she has an address where her friend once lived. To Mary’s delight, Sarah still lives at that old address and doesn’t hesitate to drop everything and run to Mary’s side. It’s a long and difficult journey (train from St Paul to Stillwater, steamboat upriver from Stillwater to Taylors Falls, and then a ride with a travelling minister north from Taylors Falls) but she does this without being asked. “Why?” Mary asks. Why is her friend doing everything she can to make her old friend happy again? “Because we are family,” Sarah answers. Something Mary told Sarah years before when Sarah’s husband was killed and Mary refused to leave her side until Sarah could pick herself up again.

Family. These are the people who are there for us no matter what. They might judge us, but only lovingly. They defend us against those who would tear us down. They will sit with us and just listen, all night if need be. They might be biological, they might be steps or halves, or they might be a very good friend.

One thought on “Morning Coffee: Family”