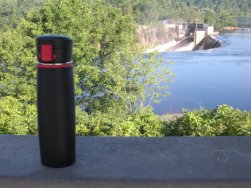 It’s one of those words we use to qualify everything, diminish the meaning of whatever we’re talking about. “I was just saying.” “It was just a little dent.” “I’m just a housewife” or “a secretary” or “a romance writer.” We say it all the time without thinking about it. It rarely serves any true purpose other than to make less of something, often ourselves. We make ourselves a little smaller every time we say, or think, it.

Just is one of those words I do a search for when I finish a manuscript. Then I proceed to delete almost every single one. Yes, it has an occasional use, like in dialogue. If my character would have a good reason to say it, then I leave it in; but if not…gone. My writing is automatically stronger without it.

The same with our own dialogue, both internal and external, we’re stronger without it. “It’s just one cookie.” Really? Is it ever just one cookie? If you’re going to eat a cookie, enjoy the cookie. If you have to qualify your actions then maybe you don’t really want to eat that cookie.

“It’s just a little poem (or story) I was playing around with. It’s nothing.” If it’s nothing why did you bother? The fact that you felt the need to write it down means it’s something, right? You’re not just a writer; you’re a Writer. You’re not just a mom; you’re a Mom, arguably one of the hardest and most important jobs out there. Whatever you are, own it, whatever you want to do, do it; don’t qualify it with a word like just.

Once I was asked if I was “still doing my little writing thing.” While technically the word just was not in there the tone of voice used made it very clear what was meant. My answer? “Yes, I’m still writing. And I take it seriously, so please don’t call it my ‘little writing thing’.”

I’m a Writer. I’m a Poet. I’m a Blogger. I realize not everyone is going to appreciate everything I say, some won’t appreciate anything I say, but it doesn’t change who I am. And it’s not going to stop me from saying it.

But let me warn you, there is power in words, my words, your words. Be careful what you’re throwing out there because once a word is out, it stays out. There’s no taking it back. You can change your mind and apologize. The other person can even say they forgive you. But it’s unlikely they’ll forget.

You remember the old children’s rhyme, “Sticks and stones may break my bones but names can never hurt me.” Not true. There’s no such thing as “just words”.

One thought on “Morning Coffee: “Just””