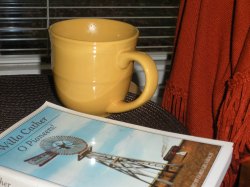 If you’ve been watching the news this week, and even if you haven’t, you’ve no doubt heard the announcement that Prince Harry is engaged. Rakishly handsome, a member of the British armed forces, a champion for numerous charities, and the fantasy love of so many young women around the world. It is an American, Meghan Markle, who ultimately won the heart of the red-haired royal.

Disney has made a fortune on the fascination of young girls with princes; just spend a day at either Disneyland or Disney World and you’ll find yourself surrounded by little girls dressed like their favorite Princess, willing to wait in long lines to say hello and have her picture taken with her Princess of choice. And this fascination doesn’t end with little girls. It’s a common plot in romance novels; a young woman meets her Prince Charming, who turns out to be a real prince, and falls in love. Have you watched the Hallmark movie channel?

Many of us, and I include myself, are obsessed with the British royal family. One of my favorite stops on a trip to London was Buckingham Palace. I watched the wedding of Prince Charles and Princess Diana, and would later set my alarm for hours earlier than normal to watch her funeral. She was beautiful, kind, humble, and her death was devastating. When their son William married Kate Middleton I was again glued to the television. Each photograph of a royal baby is more enchanting than the last. And now we will have a new princess to watch.

While Meghan Markle won’t actually be a princess, and with a husband who is currently fifth in line for the throne she will never be queen, she will still receive all the attention and fascination that comes with her upcoming marriage.

Not so many years ago, she would never have been an acceptable choice for a royal. (Harry had to receive his grandmother the Queen’s approval to marry.) Consider the case of Harry’s great-great uncle, King Edward VIII. He was forced to choose between the throne and his love, the American divorcee Wallis Simpson. Yes, he was King and Harry is not, will not, be King, but the circumstances are not all that different. Meghan Markle is also an American and a divorcee. On top of that, she is an actress, Catholic, and biracial. The royal family has come a long way under Queen Elizabeth II’s rule.

Many of these changes have been forced upon her as what society now accepts as the norm have changed. Three of the Queen’s four children are divorced. Prince Charles, next in line to the throne, is not only divorced himself, but married a divorcee.

Don’t think she has thrown all the rules out the window. The etiquette of how to dress based on age, marital status, time of day, formal or non-formal, where you will be seen and with whom, are numerous. It was recently questioned why Miss Markle is always seen with nude nail polish…the Queen believes colored nail polish to be “vulgar”. Skirts are required to be hemmed below the knee and blue jeans are too casual. Perhaps this is why they have personal servants to help them dress. How else would they keep track of all the rules?

The nuptials are planned for May 2018. I don’t know the date yet but plan on watching. Harry’s bride should be another bright light in the royal household.  A California girl, she once said she “lives by the ethos that most things can be cured with either [sic] yoga, the beach, or a few avocados.” Let’s just hope the grammar issue with that statement was an error on the part of the journalist and not the bride-to-be. 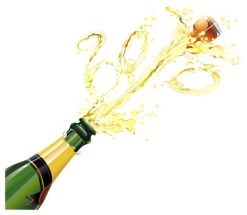 One thought on “Morning Coffee: A Royal Infatuation”