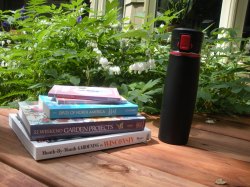 Not a wedding. The Wedding. You know which one I mean, Prince Harry and Meghan Markle, the handsome ginger-haired British prince and the divorced bi-racial American actress. The new Duke and Duchess of Sussex. Until now, a storyline you’d only find in a romance novel.

Millions of people from around the world watched in awe, many getting up very early or staying up all night, so as to not miss a moment of the magic. There were the celebrities alongside the royals. There was the bride’s African American mother wiping tears of joy from her face while the groom’s family sat stoically and stone-faced in their seats; no doubt happy for the prince but just not accustomed to showing their emotions. And then there was the black American Episcopalian Rev Michael Curry who gave a beautiful and rousing sermon on love; again, much to the surprise of the royal family.

A lot was said about what everyone was wearing: the style, the designer, the color, and, of course, the hats. Leading up to the big day much was heard from the bride’s half-sister and half-brother about why they thought she was evil and hateful. Speculations were made over whether or not her father would be there to give her away…and ultimately, why not. I think there was probably more jealousy and tabloid money greed than heartfelt warnings behind their tales of woe.

What struck me the most, other than the beautiful clothes and flowers and people, was the love. The prince said, “You look amazing!” when his beautiful bride was handed to him at the altar. He could be seen wiping tears from his eyes on more than one occasion. The bride looked at him with a smile that could have lit all of St George’s Chapel brighter than any candles, electric lights, and the sun combined. They held hands during the ceremony. The Reverend was right when he spoke of “the redemptive power of love.” Love is everything. Love is all that matters. Before the ceremony I was uncertain whether or not I believed this marriage would last because the bride comes from such a different world than the groom. But when they looked at each other and said their vows I knew it was real. This is a love that can overcome everything thrown in its path. Perhaps because Prince Harry will never be king that pressure is off. He’s currently sixth in line to the throne. Or perhaps it’s because of Love. Love with a capital L.

*  Next week I’ll be on vacation. I’m going fishing in Canada and will be off the grid for a full week. I’ll be back on June 9th, when I’ll hopefully have a fish picture to rival my big catch of two years ago.